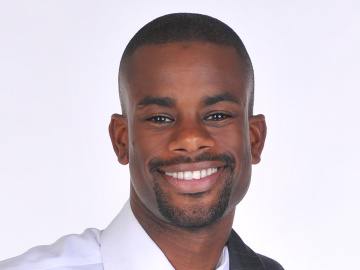 Lucas is author of Living Proof: From Foster Care to the White House and NBA, the powerful story of his life as a former foster care child, born premature to an alcohol- and drug addicted teenager who traded sex for drugs, and how he overcame daunting life challenges in pursuit of his dreams. Developmentally delayed as a result of his birth mother’s abuse, Lucas struggled out of the gate and ended up failing kindergarten. His adoptive mother didn’t cast him aside as another tragic statistic however. Instead, Dorothy Boyce instilled in Lucas two very important principles that drove his determination to overcome the cards he’d been dealt and enabled him to eventually serve at the White House, fly aboard Air Force One, and become an executive for the NBA’s Orlando Magic at the young age of 29.  Lucas is the Director of Business Development and Legislative Affairs for the Orlando Magic.