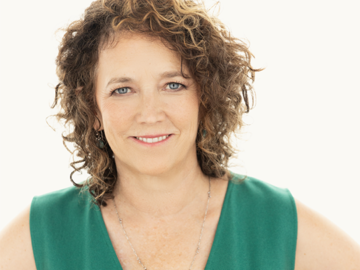 Captain Barbara Bell, U.S. Navy (ret) is an inspiring speaker, author and leader who empowers women, men, and teens, encouraging and teaching them to fly high in their personal and professional lives.

Growing up in small-town Michigan, Barbara Bell, Ed.D., Capt. U.S. Navy (ret), had her head in the clouds. “As a kid, lying on the grass, seeing planes go by, I wasn’t thinking about being a pilot, because there was no context for that for women in the 1960s,” she remembers. “When I dreamed of flying, I was always the airplane.”

An accomplished student and athlete, she received an appointment to the U.S. Naval Academy at a time when only six percent of the student body was female. (“While the law said we could be there, most of our experience said we could not,” Bell explains.) After becoming one of Annapolis’ first woman graduates, she continued on to a distinguished career as an aviator and Naval Flight Test Officer, during which she flew more than 1,600 hours in 35 different types of U.S. and Allied aircraft. In 1992, she and fellow aviators went to Capitol Hill to successfully repeal the combat exclusions laws, opening up combat aircraft and ships to women in the services. She is happy to report that women now fly unrestricted in the services.

Today, Bell draws upon the skills she developed throughout her trailblazing years of service to help others find the courage to test new and innovative ways of thinking and doing. “Leadership can be taught,” she says. “Who are we? What behaviors demonstrate our values? Those answers come from deep within.” Using those principles of values-based leadership, she’s become known for her empathy, as well as her ability to ignite the spark people need to envision their dreams and chart a path forward.

Bell considers herself a “practitioner/scholar,” and highlights her pragmatic approach to leadership development. “Grit and persistence are built one day at a time, one step at a time,” she says. “You have to continue to work.” But she pairs that practical side with plenty of inspiration, thanks to her belief in tackling challenges from a higher perspective. “I see the world so differently as a result of flying,” she says, with trademark passion. “I understand that sense of adventure: building up speed, and then the moment of lift. That sense of being up. It’s like a whole new world. I’ve lived and flown in all three dimensions.”

Dr. Bell holds a B.S. in systems engineering from the United States Naval Academy, an M.S. in astronautical engineering from the Naval Postgraduate School, an M.A. in theology from Marylhurst University, a doctorate in education from Vanderbilt University and is a graduate of U.S. Navy Test Pilot School. She is now a Professor of Leadership at Vanderbilt, where she is dedicated to preparing the next generation of leaders for our world.