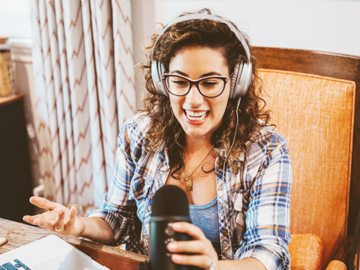 Chelsea Austin is a writer, speaker and advocate from Malibu, California raised by two of the most incredible parents, her dads. Chelsea has taken her story of being raised by two gay men, and used it as a platform to spread love, tolerance and has advocated for the LGBTQ+ community since she was in high school. In 2010, she was voted one of the Top Fifteen LGBT Activists in the Los Angeles area. Graduating Magna Cum Laude from Muhlenberg College in 2015 with a degree in theatre and dance, Chelsea has taken her theatrical background and created a career out of sharing her experiences as the daughter of two gay men and a young woman navigating the world on her blog, “The Girl With Five Names,” her podcast, “Worthiness Warriors,” and through speaking engagements, as she prepares to release her first book surrounding her life, her beliefs and her wish to bring peace, self-love and joy to as many individuals as possible. Home for Chelsea is in Los Angeles with her incredible husband, Dominic and sweet puppy, Moe.